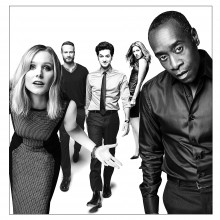 Los Angeles, CA – October 21, 2014: Stars from the SHOWTIME original series “Shameless” and “House of Lies”, along with network executives, will volunteer with Habitat for Humanity of Greater Los Angeles (Habitat LA) to help build houses for hardworking low-income homebuyers. Volunteers will help complete a seven-home neighborhood currently under construction in greater Los Angeles and their scope of work for the day will include the group working on siding, roofing and painting on the homes.

“We are so excited to have the support of everyone at SHOWTIME,” says Erin Rank, 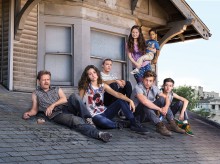 President and CEO, Habitat LA. “This build has been in the works for some time, and the enthusiasm we feel from the amazing casts and executives who are willing to give their own time to help us is infectious! The volunteers will definitely have fun out there and we are extremely grateful for their time, sweat, and the awareness they bring to our mission.”

“I’ve been working with Habitat for many years and am excited to extend my experience to my work family,” said House of Lies executive producer Jessika Borsiczky. “Having SHOWTIME and the cast of Shameless also on board for this build makes it even better. Knowing that a small group of like-minded people can erect a house that families will call home is quite powerful and impactful.” Shameless series star Shanola Hampton added, “Participating in a Habitat build day is an experience that is both inspiring and touching. I’m so excited to share that experience with my Shameless family, all the wonderful people at House of Lies and SHOWTIME.”

Talent and Executive volunteers scheduled to attend include:

Habitat for Humanity partners with volunteers, donors and people in need to build decent, sustainable and affordable homes. Approximately every five and a half minutes, a Habitat home is being built or renovated somewhere in the world, providing a hand up, not a hand out to partner homeowners.

Los Angeles County is still one of the least affordable places to live, and more than half of its residents live below the poverty level. Since 1990, Habitat LA has built and renovated more than 1,000 homes locally and internationally. Habitat LA has been named an “Affiliate of Distinction” by Habitat for Humanity International and was recently named the Largest Non-Profit Residential Home Developer in Los Angeles, by the L.A. Business Journal’s Book of Lists. In the past year, seven Habitat LA partner homeowners have paid off their mortgages, and the organization proudly boasts a less than one-percent default rate across the United States.

About Habitat for Humanity of Greater Los Angeles
Habitat for Humanity of Greater Los Angeles (Habitat LA) strives to eliminate substandard housing through advocacy, education and partnership with families and individuals in need to build decent, sustainable and affordable housing. Since 1990, Habitat LA has built and repaired more than 1,000 homes locally and worldwide, transforming the lives of hundreds of individuals. Habitat LA is a GuideStar® Valued Partner and has achieved the coveted Charity Navigator 4-Star rating awarded to non-profits for sound fiscal management and commitment to accountability and transparency. For more information, please visit http://www.habitatla.org or call 310-323-4663.